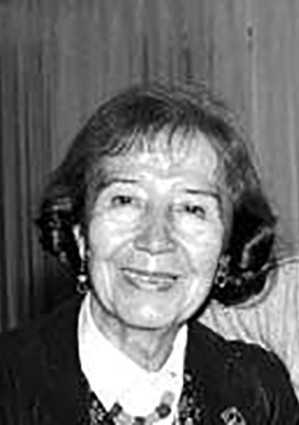 Studied architecture at Eidgneössiche Technical School in Zurich. Received master's degree from Yale Unversity and PhD from the Faculty of Political Sciences at the University of Ankara. Entered METU Faculty of Architecture in 1958. Has become assistant professor in 1961, associate professor in 1968 and professor in 1979. Served as the Chairperson of the Department of City and Regional Planning between 1968-1969, 1972-1975, 1983-1993 and the Dean of the Faculty between 1993-1997. Played leading roles in the conservation of cultural heritage in Turkey, took part in the Boards for the Conservation of Natural and Historical Monuments for long years. Served as the Head of the Ankara Board of Natural and Cultural Heritage. Besides numerous professional and scientific prizes, in the year 1991 with her book called "Bir Başkentin İmarı: Ankara" [Development of a Capital: Ankara] won the Yunus Nadi Social Sciences Award. Took part in the major national projects: Ihlara Valley Planning (1965), Uludağ National Park Second Development Plan (1977) and Antalya Citadel Conservation Planning Project (1978), Historical Studies for Ankara Development Plan (1982) and Research on Urban Standarts in Turkey (1988).